He hails from the West Coast city of Perth and represents a new breed of Australian hip hop artist with his cool and infectious hybrid of hip hop, dancehall, soul and afro hop fusion sound. Introducing Sirpit, representing Taff Dawgs Entertainment and on his grind as an up and coming independent artist in the local hip hop community.

Having collaborated with some of the hottest producers and label in Perth such as Fireside Entertainment, Soul Sound Studios and Crank Studios, Zimbabwe born Sirpit is fast becoming an artist to watch in the Australian hip hop scene. Relatively new to the game having laid down his first recording in November of 2013, that hasn’t slowed down the talented African Australian hip hop artist from cultivating his craft and creating a sound that is unique and original. With standout tracks “ Chose Up”, “ Juice Back” and “ Laying Low” to name a few, Sirpits solo and collaborative discography continues to gain momentum, shining a light on this talented and driven young hip hop artist whose journey is just beginning.

Hi Sirpit great to connect with you – how are you doing?

Hey I’m well thanks for asking.

Can you tell us a little bit about Sirpit, who he is as an artist and how you would best describe your hip hop to the greater community?

The best way to describe my style of hip hop is energetic. 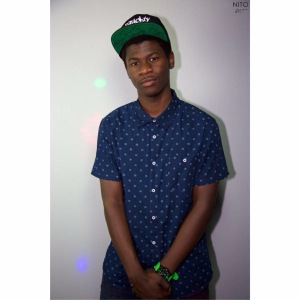 Who would you say is your greatest influence / inspiration in your musical journey thus far and why?

Music wise my greatest inspiration would have to be artists such as Kanye West & Lil Wayne, with a creativity and sound that is unlike many others it is inspiring to think of what can be achieved with different genres and samples. Their confidence and ability to market themselves business wise is something I admire!.

What are you currently working on right now – current music, tours, collaborating?

This week I released a track with local Perth artist Kingz and US artist Kamoshun and I’m in the kitchen currently working on a few collaborations with some local artists.

When did you first fall in love with Hip Hop and how has it changed your life since then?

Growing up in Zimbabwe my first exposure to hip hop was from my brother playing it in primary school, with the sounds of 50 Cent blaring from his bedroom. My love for hip hop has changed my life in a negative and positive manner. Socially there is a perception that spending time doing music is an indication you aren’t goal orientated and are not serious with life. This can sometimes have an effect on your motivation as it feels like you aren’t supported. Through hip hop I have found a way to get my message through to other people who have been in or are going through the same situation that I have passed through in life.

Getting to express myself on a track through my own creativity is a rewarding experience.

If you could be a hip hop superhero, who would you be and why?

Except of course being myself, Sirpit, who wouldn’t want to be P Diddy. A hip hop mogul, businessman and artist. He understands the concept of music marketing, management, branding and image and executes it so well that the empire he has built will leave a lasting legacy.

For more information on Sirpit visit: