Given the star that is fast rising behind this super talented emcee from Sydney’s Western suburbs, his humble and calm demeanour serve as a juxtaposition against the attention and praise surrounding his rise in the local hip hop industry. B Wise is an artist with a keen sense of what and how his style resonates the current climate of Australia’s local hip hop community and is a creative that has a clear vision for what his sound needs to be.

As with most artists, there is no overnight sensation story here, with B Wise (aka James Iheakanwa), putting in the groundwork for well over a decade, starting his journey back in 2005. For this proud Nigerian Australian, hip hop became a way of expressing a side of his persona that would go on to capture the ears of many with his catchy and clever hooks delivered on a bed of infectious locally crafted tunes. From his first single ‘Like You’ to the quirky follow up ‘Prince Akeem’ ( paying homage to his favorite childhood move Coming to America) to his collaboration with producer Nic Martin on the heralded ‘40 Days’ single.

Gaining major industry respect amongst peers and producers alike, B Wise continues to create and collaborate with some of the best producers and artists of Australia’s hip hop community, Nic Martin (360, Seth Sentry, Pez), Raph Lauren (Jackie Onassis, One Day), Momo (Diafrix), Pro/Gram (Bliss n Eso, Hau) and Colourd Noyz, to name a few. In addition to putting in studio time, B is no stranger to fronting up on the stage and performing to thronging crowds in the thousands having supported acts such as G-Eazy, Souls Of Mischief, Jackie Onassis, Diafrix, David Dallas, Kid Cudi, GZA (Wu-Tang) and The Cool Kids to name a few.

This is the beginning of a long list of ‘outta the ballpark’ hits this driven, talented and grounded artist will continue to make as his career gains traction and a follow ship of fans of feel good hip hop from an artist driven by positivity. It appears that B Wise may well indeed be the hip hop prince we never knew we needed!

Hi B great to connect with you – how are you doing? 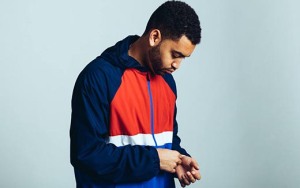 Really intrigued and excited about your musical journey so far. Can you tell us a little bit about B Wise, who he is as an artist and how you would best describe your hip hop to the greater community?

Me as an artist, I would like to say I’m an honest one, with a fairly different story to tell. I’m strongly influenced by my upbringing and experiences. I project a lot of it in my music and also what I see around me on a day to day. The best way to describe my music is I’m a Monday – Friday artist. The music I make is what helps you get through the working week or sets the mood before the weekend hits. I would like to think there’s always something relatable in what I put out.

What are your perceptions on Australia’s urban music community and how has it embraced you and the sound you are creating with a career that is gaining positive traction with every release you make?

Well I can’t speak too much on the ‘urban’ community as I don’t make reggae, soul, jazz and all the other genres under that tag. I can say however, that the Australian Hip hop community is really thriving now, compared to the years I first started dabbling in music. There are so many artist from different cultural backgrounds like myself who are now contributing a more progressive sound and I love it. Due to some more established artist and the likes of triple J shining a light on what we have been coming with, the broader audience have received the work I’m doing well. On another note, I never imagined an Australian based hip hop act playing an arena on their own and just a couple weeks ago, Hilltop hoods played Acer arena in Sydney to over 12,000. Was a proud day for the scene.

Who would you say is your greatest influence / inspiration in your musical journey thus far and why?

There have been a couple over the years. But most recently I would like to say Kendrick Lamar. Been following him since 2011 and to just watch his progression and passion, the reality of bringing every one into his world. His story and his positive message always inspires me. 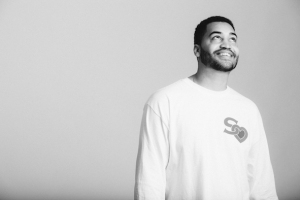 What are you currently working on right now – current music, tours, collaborating?

I’m currently working on my debut EP at the moment. You can expect that around the June/July around the same time I should be announcing a tour.

When did you first fall in love with Hip Hop and how has it changed your life since then?

I first fell in love with it in about 1994. I was about 7 at the time. I heard ‘I get around’ by 2 Pac and it was all over then ha-ha. Still my favourite song till this day too.

I am a huge fan of your track Prince Akeem and love the music video that accompanies it. Is it true that it was made as a loose description of what you were told of your African heritage as a young boy growing up? Kind of tongue in cheek?

Hah, yeah it definitely was true. It was a reference from a story my parents told me and my sisters as kids that our African heritage was of a royal one and it was a belief I carried for some time until my early teens.

If you could be a hip hop superhero, who would you be and why?

I would be Snoop Dogg, cause he is the coolest man on planet earth.

For more information on B-Wise visit: