He hails from Quebec Canada and now has calls Melbourne City home. Having being a part of the hip hop machine since the late 90’s, NeeQ’s influences range widely from French and American hip hop to Mauritian Sega music, which makes his sound and style a unique hybrid of culture and beat.

NeeQ aka Dominic Drouin, has been writing and producing his own music since a young age, and went on to be a firm favourite in the live music circuit in Canada with his own hip hop group known as the ‘Hip Hop Quebecois”. When the group disbanded, he went on to form a duo called NeeQ n Lucci and the pair came second in the regions Hip Hop Forever competition. For NeeQ, this win unearthed the performer in him and with his move to Melbourne thereafter saw him release his first solo album called NeeQ MusiQ and form a new hip hop group called Professional Underground.

Working his way up through the Melbourne hip hop scene as a relative newbie to eventually making his way on stage as support act to international acts such as Busta Rhymes and Ja Rule, NeeQ is an artist of focus, determination and tenacity to continue shining as an artist to watch in the Australian urban music industry. With a series of mixtapes under his belt, namely Coast to Coast and Play the Beat, which has been garnering him with a strong fan base thus far, the artist, who has signed with local label Holla Back has just released his new album Love on ITunes and is ready to evolve to the next level of his hip hop career. Read more about NeeQ and his journey thus far in our 6 question chop up …. 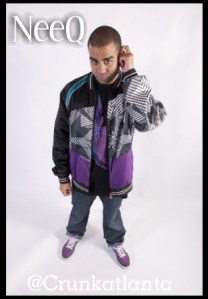 Tell us who NeeQ is and what makes your of brand of hip hop unique?

Well I’m an artist who loves to show energy in every possible way. Wether on stage or in your earphones, I concentrate all I have into making every piece of the music puzzle as perfect as possible. I blend the heart of the 90’s era with the wittiness of today’s hip-hop. My style evolved a lot from my early debuts in Quebec, Canada and I think is still getting better every day. My influences include French and American hip-hop, Mauritian Sega music which gives my music a very unique touch.

How long have you been climbing the hip hop artist ladder and what keeps you motivated to stay in the game?

Wow, it’s always funny looking back on how long you’ve done this for because it never feels as long. It’s something that I love doing and is now a part of me. I can say I’ve been working on my art since 1999. I was in many groups and performed in front of thousands of people since 17 years old really. It’s great to see hip-hop evolve and take different directions the way it has, so my motivation is to keep growing with it! Music is universal and I guess this is my way to contribute to the universal language that simply makes people happy. 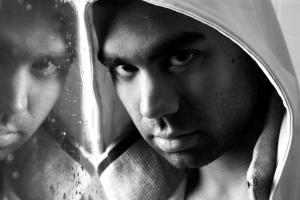 Tell us what projects you have worked on thus far and what you are currently working on? Where can we hear you and find you online?

I have released a few street albums across the years as all underground rapper would. This included two albums and one huge collaborations mixtape project. My first released album is called “ONE” which you can still find on iTunes. The single “My Generation” generated over 12,000 views and got radio play across Australia and websites. My newest Album “LOVE” just released and already is doing great! I have had the chance to tour Melbourne and planning a lot more until the release of “I Am Machine” in the next few months.

You hail from Quebec in Canada and have recently moved back to Melbourne to continue you music career – what would you say have been the stand out differences in the hip hop music communities in Canada to Australia and what would you say are both strengths and weak points of both?

You know, the game is very close to the same wherever I seem to visit. Back home though, I would have to say that the full hip-hop community sticks together more. Everyone wants to work with everyone to elevate the movement as one. This creates spectacular, jaw dropping songs! In Melbourne, I find that the scene is a little bit divided and would all move a lot faster as one major movement. The talent here is undeniable so it would take no time to be recognized and a major world hip-hop contender. I mean this is a competitive business so healthy competition is always a great way to raise the bar and keep progressing in the game. No doubt!

When did you first fall in love with hip hop?

I saw the video clip to Snoop Doggy Dogg “What’s My Name” when it first came out on TV, and from then it was on. I actually purchased the tape and had to listen to it in hiding because I knew the content was not something my parents would’ve been use to. Ha-ha. I then went to see my first rap show in the basement of a church in the neighbourhood and saw what local acts could do with music. That’s sparked something in me and knew that it was something I would love for the rest of my life.

What do you foresee your role to be in the Australian Hip Hop industry and how are you going to ensure your music makes the impact you intend it to?

I’m from Quebec, Canada and have been living in Melbourne as an Australian for over a decade now. I feel like my role is to bring the multiple hip-hop scenes together and help the Australian hip-hop movement progress even further in its world recognition. I haven’t stopped pushing and performing for this art since I landed in Australia and I don’t intend to. It’s all about getting the right following and using today’s media tools to get them. I don’t give up and will continue to use different avenues to reach my goals.

For more information on NeeQ visit: