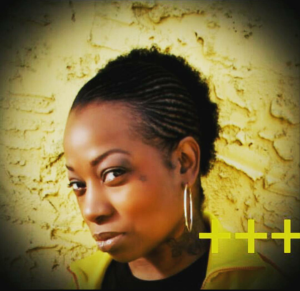 She hails from one of America’s most hard working and multi-talented cities Philadelphia and carries within herself a sense of power, strength and authenticity that beats with the heart of hip hop. Bahamadia is the truth and spits nothing less than the real, representing a time in hip hop when artists lived the reality of their rhymes and took accountability for what they created as a sign of love for the art of hip hop not for its financial disposition.

Bahamadia first burst onto the underground hip hop scene in 1994, and quickly gained a steadfast following due to her straight up formula of truth spitting lyrics that set her on a path of being a rapper built on authenticity, positivity and above all passion for the art of hip hop. When her debut album “ Kollage” was released in 1996, she spearheaded in the way for a new breed of heavy hitting female lyricists to express themselves in an original way, far removed from the over processed and diluted version of today’s hip hop. Bahamadia came in and made you sit up and take notes, not in an aggressive sense but more so in the fashion of a queen commanding her court and her impassioned and bold style soon became the signature sound that her fans the world over can never get enough of.

Having worked with some of the greatest names in the game such as her original crew The Treacherous Three, to Gangstarr Foundation, Talib Kweli, The Roots and of course The Lyricist Lounge outfit alongside fellow female rapstress Rah Digga, Bahamadia has remained one of the industries most respected and consistent hip hop artists who has cultivated the beauty of rap into a true art form. With a discography that bears four studio albums, countless features on various compilation albums from The Lyricist Lounge to King Britt Presents and mixtapes and collaborations, Bahamadia keeps her finger on the pulse of hip hop and as a true artist does , creates her music in only the truest of intention. A proud female rights activist, entrepreneur and curator of hip hop culture, Bahamadia encompasses the spirit of an artist that has stayed true to her calling as one of the genres most empowered female lyricists and as she evolves into the new era of hip hop in 2016 with an exciting new album release on the horizon and a mind-blowing new mobile music recording and production app called Dialed Up under construction, she is set to blaze a new path for women in hip hop.

I am beyond blessed to be able to share our incredibly enlightening conversation and can definitely say that this has been one major tick off my writer’s career bucket list. Bahamadia has been a great source of inspiration to me as a both a writer and a DJ and I can only hope that those who read this interview will become just as inspired by her words and career as I have been for the past two decades. She is all that is real and true about an era of hip hop that still runs in the veins of those who lived its course and believe in it message – rap what you live, be you authentically and stay true to the game! 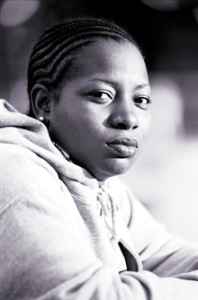 Such an honour to talk to you Bahamadia – how are you today?

I’m fine, thanks for asking – hope you are doing well. I appreciate your concern and support.

You have come up in an era of hip hop that still remains untouched and almost guarded by the vanguards of the music genre to this day. How would you describe your early years in hip hop and what has kept you in the game for so long?

You know it’s always so nice to hear how far my career has flung me in terms of the people I get to work with and touch every day through my words and music. It is incredibly humbling for me to know that I am personally paying it forward in some other artists life and it has always just been something that I have done from day to day, not really thinking about how my career has inspired so many people for so many years, it’s just happened this way and I am blessed to still do what I do.

The contribution that I make to the culture of hip hop as a whole is just my expression and interpretation of my voice and the experiences I am involved in you know. I actually live my art and I filter my experiences through my music so I have never looked at it like that was the wrong thing to do. I am an authentic artist and am so grateful that I was able to come up in a time when hip hop was such an authentic music genre and your uniqueness was being celebrated… so I just hold on to those sensibilities today. The way I was raised at home has a big part of the uniqueness of me and how I live my life so I would say just staying true to me and putting my own perspective and spin on how see and do things.

You hail from Philadelphia and represent hard for your city and your music form – what is it about Philly that creates such amazing talent? And what would you say makes you a true Philadelphian through and through?

I think that from our prospective of an authentic Philadelphian this is a no nonsense city and we have a high standard that we adhere to when it comes to Arts and discipline and just overall what this city is built upon is unmatched I believe. I have seen similar energies like what we have here in Philly in certain parts of Australia, and Canada and of course in places like Detroit and Chicago, you know places that feel similar to me, like where I’m in my own skin. Philly is a training ground and it pushes you towards a higher mark and raises the bar constantly. Even when you think you’ve reached the APEX or close enough then that’s when you know you are ready to break through and keep climbing and test out what you’ve learnt. We take artistry very seriously here. 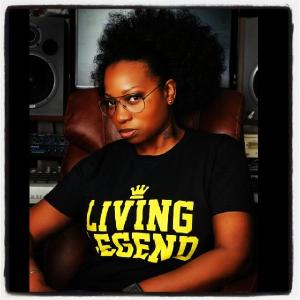 You have been a respected female hip hop artist for close on 2 decades now, released 4 solo albums, appeared on countless album compilations and have been associated with groups such as The Treacherous 3, Gangstarr, Talib Kweli to name a few. How would you best describe the difference between Bahamadia the artist and Bahamadia the woman with a passion for truth seeking?

We are the same person – you can’t have one without the other. Me as an artist, I am no-nonsense and my calling cards are the foundations of substance and quality. Bahamadia the woman is an owner, a stickler for education and strategizing my moves, working smarter and not harder and just a woman who trusts the timing in life and knowing that the course of my life is one of design and that I am built to do this work and that has sustained me during my different phases. I am confident in my position in life and as a forerunner in my music and this culture.

Can we talk your new music / projects? How is your impending new release “Here” coming along?

Well I have several collaborations that I am working on now, one of them is an experimental music project that I am really excited about, working with some electronica sounds so it’s going to be dope. Then I have a few collaborations in the mix as well and I have just finalised the cover art for my new album. So just a revamp of my work as opposed to a reintroduction of Bahamadia and showcasing my range. This current album is celebratory of like traditional hip hop and showcasing a regional element and I went back to my roots and want to represent my energy on this album so I hope everybody loves it. I should be looking to release in 2016

I have also been working on a mobile app called ‘Dialed Up” where you can record and produce a full album in your car, so yeah that’s been something I have loved working on. You can find it on my YouTube channel called “Car Sessions with the First One” and I actually produced the first volume in my car. How that came about were supports kept asking me you know when are you going to release your music etc. so one thing led to another and I started out doing one song and then ended up doing the whole album in the car (laughs). So I added a visual component to the app to show everyone the process and it just went crazy from there. So check it out everyone – it’s called Dialed Up and it’s really cool. 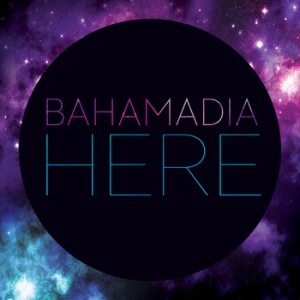 What do you think is the greatest misconception about woman in hip hop is and why?

I think the greatest misconception is that we, females in hip hop, don’t have a diverse voice and perspective, because usually from a mainstream stance we only need like one or two main artists to break through and that’s deemed enough. We lack diversity and perspective in the art form of hip hop and across all sectors of the working industry and that we lack the business acumen to run successful businesses in the industry. Women have been marginalised across all industries for such a long time and the fight still continues today, we have come a long way but not nearly as far as we have needed to with everything we still have yet to break down, so that’s how I look at it. 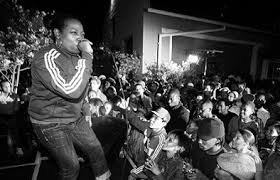 Your greatest influence / inspiration in life and why?

I couldn’t put it down one specific person or thing that influences or inspires me but a range of people, feelings and experiences have helped shape my life today. Be it my family or friends or a range of experiences be it good or bad that I go through, all of these things I draw inspiration from everything I am afforded the liberty of experiencing, just everyday life and living. If we are talking inspiration specifically musically, it would Ella Fitzgerald & Phoebe Snow definitely.

What advice would you give to a younger version of Bahamadia and why?

I couldn’t be the one to give a younger Bahamadia that advice as I would still be me ( laughs) so I would be seeking the advice from a mentor or prayer but what I would be telling any other upcoming artist to make sure they educate themselves in whatever path or industry they choose to become involved in, to never comprise their worth, to learn how to manoeuvre and cultivate relationships in their networks that would be conducive to their goals without compromise themselves or their goals and to master their craft, you don’t just want to authentic and unique but a skilled labourer and put forth quality product and take your position in your craft and your life seriously…. That’s the advice I would give.

For more information on Bahamadia and her music visit: http://www.bahamadiamusic.com/ 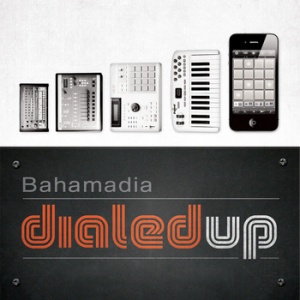