She epitomises the ethos of glamour, strength, passion and strength as one of the most successful and globally recognised leading African American actresses in in the world, and as her career kicks into overdrive in her close-to-25-year career, Vivica Fox is as in demand today as she was in beginning of her life on film.

Her range is versatile and varied, big Hollywood to uniquely independent, Vivica Fox seizes opportunities and turns them to gold, a definitive characteristic from her firm and humble upbringing Indianapolis Indiana. Fox was always destined for greatness when, as a collegiate student attaining an Associate Art Degree in Social Science at the Golden West College In Huntington Beach California , the call of lights, camera, action proved too strong a pull. With her first roles beginning in 1988 on classic soap opera’s like Generations, Days of our Lives and The Young and the Restless, Fox eventually saw herself in appearing in iconic shows such as Fresh Prince of Bel Air and Beverley Hills 90210. No matter what the role, her fierce determination and incredible work ethic pushed her to eventually land in her big breakout role as the female lead opposite Hollywood heavyweight Will Smith in the blockbuster Independence Day in 1996. Cast as his fiery fiancé Jasmine Dubrow, the role introduced the powers of Fox to the world and she went on to gain an MTV Movie Award nomination for Best Breakthrough Performance in that role. And so a star is born. Soon thereafter we began seeing Fox in some of her greatest moments staring in classic urban culture movies such as Set It Off, Soul Food and Booty Call, movies that set the tone for the times where black actresses where really coming to light in Hollywood as diverse, powerful, humorous and alluring artist that the world could not get enough of.

As Fox continued her ascension in the acting world, securing top roles in movies such as Why Do Fools Fall in Love and the relationship-love-wars-classic feature as man tamer Shante Smith in Two Can Play That Game, Fox became more of an inspirational role model than just another beautiful black actress to watch rise in the ranks. She became the best girlfriend everybody wanted, the sister you loved or secretly envied and the queen bee you wanted to be. And therein lies the true power of Vivica Fox, in her ability to inspire and encourage women of all walks of life to always be true to their inner goddess, believe in their dreams and stop at nothing to live your best life.

She is a seasoned veteran in this acting game and with roles that has seen her go from whooping ass in Kill Bill to running a household as a firm and loving matriarch with sass in Soul Food, Fox continues to surprise and inspire the world as she builds her empire. Adding producer to her impressive roster, she has created brilliant works for the US Lifetime Network channel with a drama series titled Missing, hosted her own reality show Glam God in 2008 and is currently appearing as a contestant in Donald Trump’s Celebrity Apprentice, in its seventh season. Her grinds knows no slowing down as she continues to develop newer projects and wealth streams, taking care of business as only she knows how. Her hair wig and weave company Vivica Fox Hair Collection continues to gain traction on an international level and with a figure head as stunning as its creator, there seems to be nothing Ms Fox cannot achieve.

I am truly blessed to have been able to have had this conversation with a woman that has inspired me to be as driven, fierce, empowered and sexy as I want to be and to be able share knowledge, wisdom and some giggles on how her career has influenced a generation of women who have watched her movies, lived through similar experiences and come out braver, better and more authentic versions of themselves. So thank you Vivica Fox for being the vanguard of what it truly means to be a Queen of her destiny and a woman of her word!

Hi Vivica, thanks so much for your time in talking to me this morning – how are you and how has your new year started so far?

Good morning darling and thank you for waking up so early to speak to me – I know it’s like 3am over in Sydney so I feel most special that you are up talking to me right now …thank you darling. I am so blessed you know, it’s a really good time for me right now and I am very happy.

Now you graced us with your beautiful presence late last year when you were a guest of honour at our African Australian Awards Ceremony. How did you enjoy that whirlwind visit of Australia and when will we see you return back to our shores? Your thoughts on Sydney if you have any during your quick visit?

Well it was wonderful. I mean I have been all over the world from Europe to Africa and back but never visited Australia and I’ve heard nothing but great things about Australia from everyone I know that’s been there so when the opportunity came to present two awards at the Afro Australian Awards I was really excited to be involved and visit your beautiful country. I had an amazing time, even after that very long flight (laughs) and everyone was extremely warm and welcoming. I would love to come back to Australia again very soon so why don’t you talk to your people over there honey and make something okay (laughs). 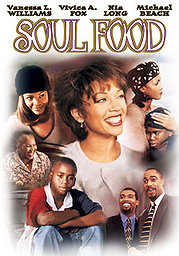 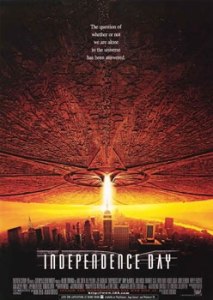 Say no more Ms Fox, I’m on it for you (laughs). Now your career has been quintessential to the American film industry as you have truly been a trailblazer for actresses across the board with the body of work you have starred in over the years. As a black actress your scope and range has taken you from starring in small independent movies straight to big budget Hollywood type films. The Vivica I relate to is Maxine in “Soul Food”, Elizabeth Waters in “Why Do Fools Fall in Love” and Shante Smith in “Two Can Play That Game”. Your characters appeal and relate to so many woman of all walks of life across the board – how do best prepare for your roles as these strong, sexy and inspirational women and do you have any particular favourites that come to mind?

Well that was just a wonderful compliment Ms Hennessey and I thank you for that. I work extremely hard to choose the right roles to bring to life, the right projects to my audience and to work on something that I am proud of. You never know how things are going to turn out as they don’t always turn out the way you would like them to now ( laughs) but I do my best to always make you all proud of me and my family and nearest and dearest and that’s really important to me.

To the world you are the embodiment of glamour, beauty and true female strength as you continue to navigate a long and successful career as an actress and producer in the American Film industry. Behind all that, who is Vivica Fox, what are her hopes and dreams and ultimately what fuels the woman behind the lights, camera, and action of it all?

Wow that was a great question. Your right I have been doing this for a long time now, over two decades now and what I found was the key to my success and my longevity was versatility. I made sure that I could dance if I needed to, I could sing if needed, and that’s something I always pass onto the younger generation when I’m asked the question “ what your best advice”, be versatile for whatever role that may come your way. You may get a chance to do a musical, or an action movie, there are so many different opportunities out there so just be ready and stay focused for whatever comes your way. I have also been blessed to be surrounded by an amazing team of people that make my life just flow and they are my circle and I keep it strong! 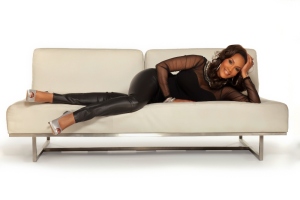 Let’s talk music Ms Fox….. Are you a hip hop / jazz / rnb soul girl? What music or artist do you listen to when you have some down time?

Gosh I like it all. I don’t discriminate at all when it comes to music it’s kind of like how life is you know. I like a little bit of jazz sometimes, I enjoy hip hop with some Jay Z and Kanye West and some RnB with Tank and Lyfe Jennings. I love pop from Lady Gaga to Rihanna and Beyonce so I love all kinds of music. If it’s got a good beat to it I’m down to listen. I even like me a little bit of Brittany Spears and wait for it … Celine Deon, ahhhh love her (laughs). I even went to see her live in Las Vegas for my birthday about 3 years ago and cried like 3 times during the show (laughs) 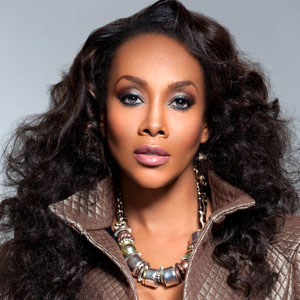 Something surprising you could share about yourself with your fans over here?

Well I’m going to tell you three things that would surprise you about me. Number one, I absolutely love love love children. Love hanging out with them, I’m like a big at heart. Number two, I am a sports junkie, I would be like a guy’s best friend as sometimes I wake up and watch ESPN to watch the basketball game or catch a tennis match. I’m an athlete so I really love sports. And number three is that I am really a big softie at heart and that may surprise some people as the roles I always play are those super strong female types but if something moves me I am quick to cry and I get that from my daddy (laughs).

What are you currently working on and when do we see you on screen again?

Oh wow now this is going to be a long answer now okay, you ready (laughs). Well I am very busy working on a number of movies and projects including Celebrity Apprentice at the moment with Mr Donald Trump which is doing very well in the US right now, I have Chocolate City coming out which is kind of like the African American version of Magic Mike and I play a mom in that. I also have a syndicated movie coming out called Gibby where I play a director, a sitcom Mr Box Office with Bill Bellamy coming out, I’m also doing cameos on Bounce TV called Man & Wife where I play the role of Michelle and the Vivica Fox Hair Collection is doing amazing and I’ve just gotten extended for three more years with that business so I’m really excited. I’m also about to have a collectors doll coming out through Pretty Girl Doll Collection which will be coming out in mid-2015 and I’m working on my own lingerie and sporting line called Vivi Couture which will be coming out in June 2015 so yes I am very busy but have some truly wonderful things happening right now.

For more on Vivica Fox, her career and her many projects visit: