Australia’s urban soul community is being given a serious overhaul lately. With a surge of more local artists coming forward with an explosion of talent and range, there’s never been a better time than now to be an independent artist on the come up. One such artist is a young man by the name of James Chatburn, a singer / songwriter / producer from Newcastle that is carving a new laneway for himself under the soul, folk and blues umbrella.

Having released his first EP “ Sickness and Health” in 2010 , it proved to be a successful foray for Chatburn, who blended together his love for folk and soul together in a sexy fusion of words and sounds that are easy on the ears. Following shortly thereafter was his project “Scrapbook Sessions” which afforded the listener a glimpse into the musically unbound world of an artist who defies definition and enjoys his creative trysts across the sub-genre of soul music. Chatbrun, who credits the likes of Corrine Bailey Rae, Bonnie Raite and John Mayer as strong musical influences in his career, is fast becoming one of the countries unique and in demand support artist, as he fronts festivals, shows and concerts supporting the likes of music legends Keb Mo, Tim Finn, Diesel, Richard Clapton and more.

Currently in the studio working on the release of his forthcoming EP, Chatburn is taking the national interest in his fusion and style with a pinch of laid back Aussie salt. A true artist in more ways than one, this triple threat works away organically at perfecting his style and sound, capturing his ever growing audience with his harmony and soul. As a Triple J ‘Unearthed’ artist, James Chatburn is on the express lane to a positive, fruitful and exciting music career with his unique hybrid of soul, folk and blues fusion.

Hi James, how are you and how has life been for you?

Hi Maxine! Life has been interesting lately. I have been working in a pretty demanding job and trying to use the rest of my time creating music. I am excited for the future as I have some big plans ahead.

Congratulations on your growing musical success and your latest release Wait for the People, which is hitting all the right soulful chords right now. How would you best describe who James Chatburn is and what your music and message comprises of?

Thankyou! I would describe ‘James Chatburn’ as a naturally quiet person, an over thinker and quite mellow. I think this would come through in the majority of my music. You would listen to my music at the quieter times when you are sitting in front of the fire at home or veg’ing out in your room. In doing this me also try to convey the various emotions that come about in everyday life, as I think it is important to step away from what is comfortable to you.

Triple J have put you on their ‘Unearthed’ list and the industry has touted you as the perfect hybrid of soul, blues and folk music which defy musical definition. Who would you say has been your greatest inspiration when it comes to creating your sound?

The development of my sound has come about gradually by combining various influences to try and move forward with the next generation of soul music. I look back to artists like D’Angelo, and further back to Donny Hathaway, Stevie Wonder and Ray Charles. I closely follow more recent Soul/Electronic artists like Lianne La Havas, Little Dragon and James Blake. I am moving forward as a soul musician but trying not to be confined by any genre stereotypes or ideas, while instilling certain principles within the musical and lyrical content.

Your first EP “Sickness & Health” was released in 2010 and brought together a great blend of folk and soul. Then you went on to create your Scrapbook Sessions projects which blended a few genres of sounds together into something truly unique. What are you currently working on now and when can we expect a full length studio album from you?

I am currently working on an EP, which will hopefully encompass the future of my sound and direction. This will be released later this year. Sickness and Health portrayed a different stage in my life; it gave me my first holistic view of the production process and has led to me educating myself on the Audio and Arrangement side of the production process.

You have supported a great many and varied acts in your career thus far, such as: Keb Mo, Tim Finn, Richard Clapton and 1927 to name a few. Having worked alongside both local and international artists how do you view the Australian soul music industry from a global perspective?

That is a difficult question to answer as I am viewing the Australian soul scene from within Australia. From what I see I would like to believe is that there are a few Australian musicians who have been capturing the world’s attention, like Hiatus Kaiyote and Ngaiire and the best part is that they are doing this by creating some unique and relevant music. 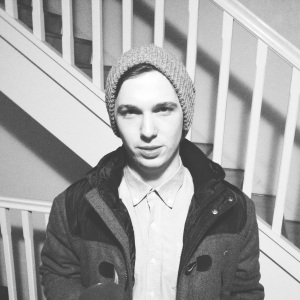 The albums or songs that are constantly on your replay button?

Where do you draw your creative strength from James? What is it about music that takes you to a higher ground?

Music to me when growing up was a place I could escape the world around me, I would lock myself in my room and write and play guitar. Now it is much harder for me to find the time, and have the creative energy. I try and use my time educating myself in keyboard and software’s, so that when creativity strikes I will have the tools too quickly and effectively work towards finishing a track. I can’t explain exactly what it is about music that takes me to a higher ground, all I know is time just seems to pass when I am making music, it just feels amazing to create!

What is your motto or mantra in life and why?

To be honest I don’t think I am there yet, I am still kind of figuring out what works for me in my life. I think it is important to enjoy your life in the present without craving the future too much, although I find it difficult to do this. Give me a couple of years and I think I will have an answer for you.