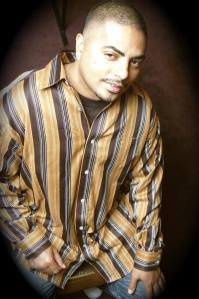 Holding court as one of Sydney’s most respected and revered RnB and Hip Hop DJ’s, steering a double-decade long career that has helped shape the DJ community in Australia’s urban music community, DJ Carl Alley is at the top of his game.

South African born Alley has and continues his stronghold  as a mainstay in the Sydney DJ community, having mastered all aspect of his role as one of the country’s finest urban music  DJ’s through the mediums of radio, mixtape / cd compilation and of course nightclub djing. His knowledge of our urban community reaches far back to the start-up days of stellar club nights  Chocolate City, Déjà vu and Cave to name a few and it is  due to that knowledge and a hardworking ethos that has kept him relevant, consistent and an authentic reminder of what a true DJ possesses. At the top of his game in 2013, Carl Alley is the definitive study in how to maintain longevity in the DJ game!

You name it Alley has seen it all and could possibly report great findings on the ins and outs of the life of a DJ – but he is not about the gossip, ego and competitive beefing that is all too common place in the DJ world today! Alley is from the school of hard knocks, having proved his skills on the long climb up the DJ ladder of pecking order, putting in the hours and time perfecting his craft that would see him booked to play and hold residency at the hottest and most pioneering club nights in Australia’s urban music industry. He possesses an unparalled work ethic which has kept him a firm favourite with patrons and promoters nationwide and his expansive music knowledge places him at the head table of urban music’s tastemakers. I could go on about Alley’s accomplishments but I will let his story, in his own words paint the picture of this multi-talented yet superfluously humble DJ that has not only proved to be an inspiration to me in my own DJ journey, bust continues to inspire his peers and followers alike, securing his well-deserved place as a pioneer, a trendsetter and a man who knows who knows DJ game like the switch of the cross fader……this is DJ Carl Alley, uncut!

Hey Carl, long time between interviews my friend …..How are you and how has life been treating you?

Hey Max, always good to re-connect, especially with people that are passionate about music as I am. Life, for me, has been the epitome of living.  Filled with obstacles, hurdles, struggle and success, a contrast of positives and negatives that is the very essence of living. I have little to no regrets and each day I am thankful for what I have and the fact that I have made a living and career of something I love doing.

You have been a DJ for nearly 2 decades now, cementing yourself as a firm favourite in the urban music industry in Australia as a pioneer Rnb / Hip Hop DJ. How has the journey been for you and how has it changed over the years?

I have been DJing for almost 3 decades. Starting up as a bedroom DJ then becoming more prominent in the industry in the early 90’s. The journey has been and still is exciting. I have met some interesting people along the way; have seen clubs, DJ’s, promoters and patrons come and go. The changes have been slight but effective. Regardless of a few set backs, this scene has grown immensely and is still growing. In the past I have spoken out about the exploitation of the music and culture, the importance of not allowing other dictate to us how it is represented and the role some of us play as ambassadors. It’s still as important today to build a local culture around the music that has highly influence people like you and me so we can see this more than a passing fad or transition to other genres of music.

As a DJ, I have always looked towards the original pioneers like yourself, when it came to calling on inspiration for my own career ….. Who would you say has been your inspiration during your career and why?

With similar backgrounds you and I can say our musical attributes are almost inherent and of family influences. Music played a big role in my growing up and subconsciously I was groomed to become a DJ but to add, many others have inspired me as well, from djs that came before me to the new kids starting up now. My personal opinion on djing is that you are always evolving so influences are continuous. The biggest inspirations come from people with heart and passion. Could give an endless list of people but to name a few: My cousin Lyle Oakes, find myself playing old school sets reminiscent of his sets; Nick Alexander, a mentor and confidant; Gavin Boyd a purest and passionate DJ; Danilo, common interest, passionate and knowledgeable; Samrai, one of the most professional, skilful and dedicated DJs you will ever meet, perfecting every aspect of djing; Leon Smith, on another level and an ear for music; DJ Trey, a thirst for knowledge and musical mature beyond his years. These are a few of many but stand out due to an eclectic taste in music.

You have seen the Australian urban music community shape and form from its early days, yourself being a pivotal role in that formation. What are your thoughts on our community and the role the DJ continues to play in its progression?

As mention earlier, it has evolved and there are serious question we must address if we want it to develop even more. A lot people have paved the way and given their all to this community, to have it reach a level of acceptance that was commercial viable. With this came exploitation and we lost an intricate part of that scene. As the avenues for music slowly decrease the public have become more reliant on media to tell/inform them of good music. The decline in record labels and lack of A&R in the music industry means we no longer see fresh individual artist that are innovative but rather a push for mass marketed pop music. There is no risk taken on artist to be unique but instead we rely on shows like Idol to appeal to the masses and make decision, thus losing individualism and personal taste. For it to succeed, it is important we can all identify, develop and support a local scene. The role as a club DJ is to introduce new music, educate and to provide feedback. Without these elements it will remain stagnant and eventually regress.

What is it about the art of djing that has kept you in this game for as long as it has Carl? Has the art form changed due to technology such as Serato and USB ports etc. …..or has it enhanced the DJ’s capabilities even more?

The art form is always evolving so as a DJ you too must evolve and remain relevant. Not only have I done that but I am also more versatile than the average DJ, not allowing myself to be “pigeon holed” in anyone particular style. Serato and other forms of technology have been both beneficial and detrimental. Although it seeks to make the job easier, it also allows any fool to become a DJ. There is little effort to learn the art form and key components of Djing are disregarded, such as reading a crowd, music knowledge, track selection and just the common courtesy that there are other djs after you and the night doesn’t just revolve around their set only. Playing 1 hour sets, smashing out the top 40 tracks is not djing, sync function is not Djing and trying to scratch before you learn the basic beat mixing doesn’t make you a DJ either. 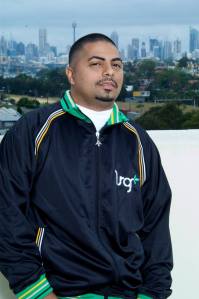 You have been an integral part of some of the most memorable nightclubs Sydney has produced from Chocolate City, Cave, Mocha and XO ……. What do you think are the ingredients to creating and maintaining successful club nights?

To me there has always been 3 key parts to a successful night, that is, timing, luck and talent. After you can establish all that then knowing and appealing to your demographic, branding is important, reputable DJs that understand the role of each set and having something more to offer, whether it’s a gimmick or niche.

Something interesting or surprising you can share with us about DJ Carl Alley?

You tell me, others often tell the most interesting stories with only a hint of truth to it. Interesting and surprising things about myself are told to me regularly.

Your favourite artists / tracks you are feeling right now?

No favourites, just a fan of good music regardless who does it.  Always hard to answer a question like this in the moment as it changes so often, but this very minute I have to say Big K.R.I.T. – Southern hip hop with some soulful influences, New Omar Cruz – Active, Soul artist named Barsheem – need you in my life and a version he does of “if this world was mine” and Luke James.

What would you say is the greatest misconception people have about DJ’s?

That we are all egotistical womanisers; that we can multi-task djing with having a full conversation in the dj box with you; that batting your eyes and flirting is going to get your request played; that I’m going to say yes to you wanting me to play a song from your phone, understand what “play something good”, “play something with a beat” and “play something I can dance to” means and that I am really going to let you go through my tracks to see what I got while I’m djing.

What would you say to anyone wanting to become a DJ today – your pearls of wisdom?

I often don’t give advice to people wanting to DJ; the initial step has to be on their own. That dedication and discipline has to be there before I make an effort, so my best advice would be learn it on your own. It is an art form that requires individualism to set you apart, an idiosyncrasy that is unique and allows you to put a piece of you to how and what you play.