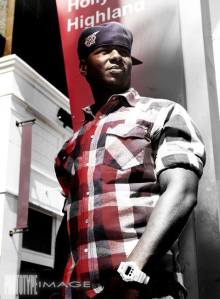 His name alone hits a striking cord. It’s strong, original and hard to forget. Much like his moniker, Kev Hannibal encompasses all of said qualities, adding a blistering heat to the Australian Hip Hop community. The fiercely proud New Yorker has called Sydney home over the last few years, forging out a new life and music career in the Emerald City and making his mark in the world of Hip Hop.

His story is as powerful as the lyrics he spits, and boy does he spit forth. Watching Hannibal on stage, in the moment where all an artist needs is one mic, you really see, hear and feel the passion in his music, a performance that grips the audience and delivers the heat. Not bad for a young man from the hard knock humble roots of Southside Jamaica Queens, a suburb in New York synonymous for its pride, passion and servitude to the Hip Hop legacy. Growing up in a childhood plagued with family tragedy (losing his family home in a blazing fire) and being sent to live with his grandmother, Hannibal has enough life experience to write a book on. Instead he puts pen to rhymebook and lips to mic for his therapy, releasing the demons within to empower his fans and educate his peers. His lyrical skill is unsurpassed, with a talent for beguiling storytelling and in your face delivery, Kev Hannibal is the real in Hip Hop.

Having just come off support act for US Hip Hop artists Dizzy Wright and Jarren Benton on their Australian tour, Hannibal was encored back to the stage after his supporting role ended, having hyped up the crowd that much they cared to hear more from this former US Army Veteran. Like the soldier he was trained to be when serving the US Army in combat, so too does Hannibal wear Hip Hop like his armour – always ready to bring it! From performing with the likes Pitbull, Guy, Bone Crusher , Lil Scrappy and The Ying Yang Twins to name a few to working with the best production teams both locally and internationally, Hannibal is securing his signature style and sound by any means possible. What I find most endearing of Mr Hannibal is the humility and sense of self he possess regardless of where he stands on the steps to the ladder of Hip Hop truth. His humility stood in truth when he took out 2nd Prize in the best Songwriter category in the 2013 Bustalyric Talent Contest in Sydney and helped catapult Hannibal into the peripheries of the industry. An industry that has its eyes on this relatively new artist in our Australian Hip Hop community, but in reality he holds a near decade long game card.

I am beyond excited and honoured that I am writing on this extrodinaraly talented artist, whose vision and message is sure to bring upon change and a palpable energy that will be felt by many. This interview sheds light on the man that is Kev Hannibal and also holds exclusive rights to his amazing new single and music video called “ Where I Wanna Be”! If you want to know Hip Hop, listen to Kev Hannibal…..it courses through his veins!

Congrats on your recent success with the Bustalyric competition and being acknowledged for your song writing skill – how was that experience and win for you?

Thank you Ms Henny. The experience with Bustalyric was real good. I had a chance to meet a lot of talented artist in the city. I took third place so i have some work to do I need that first place trophy next year.

Your name has been circulating around the Australian hip hop community for some time now and is finally getting that much deserved shine recently with encore performances at The Funk Volume show etc. ……. So who is Kev Hannibal and what is hip hop to you?

Kev Hannibal is a guy from Southside Jamaica Queens, NYC who loves to rap, record & perform. Hip hop means everything to me it is my life from the air i breath to the clothes I wear. 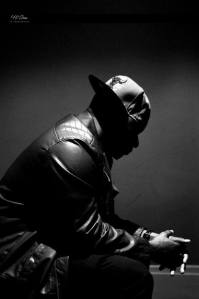 What do you see as your point of difference in the Australian hip hop community? Something truly unique and yours alone that will make people take heed of your music?

For one my perspective & my music is real. If I haven’t done it, seen it i don’t rap about it. My approach is unique because I tell a story with my music. You can close your eyes & actually see everything I say from start to finish. I’m not all over the place like a lot of other rappers.

Exclusive Single Release – “Where I Wanna Be” – Kev Hannibal

Who would you say your musical influences are and why?

Who are you currently working with locally and internationally on the production / collaboration tip? What makes the perfect hip hop track for you?

I’m working with local artist such as Nate Wade, Matuse, Mr Mez, Dominic CoB, Charlie Streetz, Mirrah & a few others. When it comes to production local is Zig Parker & Kazi but international my team in California Strike 2 Entertainment & I don’t want to name drop these guys but they have 5 top 100 records right now on the charts so just know I’m working lol…..To me no track is perfect but when you have a dope baseline, piano keys, and drops you can’t go wrong. 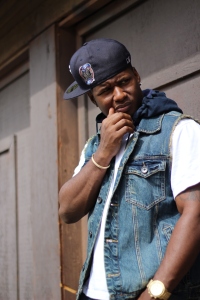 Your greatest motivator to maintain consistency in this game and why?

The listener motivates me to say consistent because if they know you will bring it on every verse you feature on & every song you drop they will be loyal, support you & give you your props.

The hip hop track that to this day inspires you in your own journey?

My record ‘Stop or Keep Going’ explains it all.

Your thoughts on the Australian Hip Hop industry compared to its international counterparts?

The international Market has a larger mix of every genre. It seems that Hip Hop in Australia is in the early stages but its spreading like wild fire. Australia is dominated by pop, Alternative Contemporary & Rock that’s the main difference.

Can you share something surprising/ weird/ funny / about Kev Hannibal?

I always laughed at artist who got booed at the Apollo and I actually went on the show and got booed in front of millions of viewers’ lol. Its cool I learnt a lot from the experience and know that Neyo & Lauren Hill got booed on the show so I will be all right.

What’s your motto in life?

My motto is “Mama i got us” i say it on almost every record cause my mother sacrificed so much to take care of me, my sister & brother. So im going all out to make sure she can put her feet up.

Kev Hannibal, Protaje, DJ Libre, JBais, Hand It Over Entertainment, GFT Entertainment and Funk Ink would like to personally take the time to advise that we do not condone domestic violence, especially those heinous acts carried out on women and believe that everyone has the right to feel and be safe at all times.

We strongly encourage reaching out to the below organisations if you or someone you may know thinks he or she is suffering through the pain.

One thought on “Kev Hannibal – The Takeover!”