If you don’t know who DJ Nasser T is then this is your crash course in “how-to-maintain-consistency-and-success-as-one-of-Sydney’s-original-urban-dj’s! His honesty and professionalism is what keeps this hard-working and passionate radio and club dj focused on bringing nothing but the music to his strong fan base and never believing the superficial hype that often envelopes a DJ’s true mission in this game. Currently the tour support DJ for the C & C Music Factory Tour, Nasser T always makes time for what matters the most – real conversation about real music in an industry that he has helped build from the bottom up!

When did you become a DJ and what inspired you to want to be a DJ?

At the age of 15, I dj’ed my first party so I guess that’s when I become a real DJ and not a bedroom banger! Watching movies like Beat Street, Breakdance, Krush Groove and other classic movies and seeing DJ’s rock parties when I was a kid and loving the music and the crowds reaction.

What are your thoughts on the Urban Music community in Australia? The good, the bad and the ugly ;o) ??

First off, the bad is that there doesn’t seem to be a real Urban Music community anymore! Everybody just seems to want to go with whatever is in at the time, even if it means giving up real urban music.

The ugly is when nobody wants to work together and they think that without them the urban scene would not exist, as if they started the urban scene in Australia (And they have only been in the scene for less then 10 years. Ha Ha Ha)

The good are those that really love the music and take the time out to work with everybody to better our community. They are the people that have never left the urban scene we have here, and that is why it’s still around.

How do you maintain your relevance and position in the ever evolving DJ game, for you are one of the true pioneers in the Sydney DJ community!

Thank you for the respect Ms Hennessey, it is always flattering to hear that!

I always keep it real and choose to be a leader not a follower. I do what I do and play what I play, not copy every other DJ and sound like the next DJ that will come on before or after me.

Who are your musical influences and why?

I have way too many to mention but artists like Michael Jackson, Prince, Whitney, George Benson, Mint Condition and incredible vocalists like  James Ingram, Lionel Richie, Rick Astley, Alexander O’neal, After 7, Brian Mcknight, Jon B. and John Pagano…… Why? Because they do it from the heart!

The track / tracks that you know will guarantee a packed dance floor?

If I tell you then you will start hearing every DJ playing them….Ha Ha 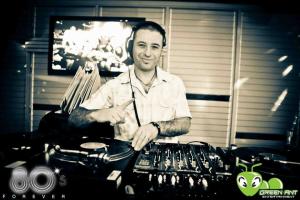 Your radio show has been a cornerstone in the urban scene for a number of years now – what do you believe are the distinct differences between a radio and club DJ and how do you merge the two together so flawlessly?

Well with my radio show Mint Condition on 2RDJ 88.1FM, I use it as an educational lesson for those who don’t know much about the urban music. For those who do, its  a place to listen to their favourite R’n’B tracks because it’s all about the music. With the clubs it’s all about a party and having fun so you must make sure you give the crowd what they want, whilst at the same time introducing them to some funky tracks they may have not heard before but are good enough to keep them dancing.

The highlight of your career thus far?

Having a very successful music business for 17 years with my Mint Condition Record Store before its closing (it was just time to move on), DJing for over 20 years and still going strong and enjoying it and promoting some of the biggest old skool nights Sydney had to offer (Rocksteady)!

You are support DJ for a host of tours coming up soon representing the great era of the 90’s – what do think the differences are between urban music today and urban music then?

There is no real popular urban music form these days as there seems to be pop/ dance music performed by former urban artists. (That’s my opinion). The urban music genre, back in the day, was just that. “Urban”. Not sugar coated for the bullshit commercial charts like these days….. That’s why I keep it Ol Skool BABY!

Be sure to catch DJ Nasser T live on air every Monday night – Mint Condition Radio on 2RDJ-88.1FM from 7-9pm!

One thought on “Sydney’s DJ Nasser T – The Originator!”