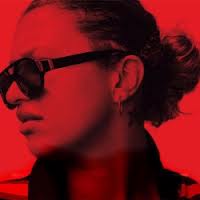 She is one of the most honest artists to emerge on the Australian Hip Hop scene for 2012 and is armed with an unapologetic self-confidence and killer flow that will make your heart stop! Her name is Sky’High and that is just where she is heading, with her debut album ‘Forever Sky’High’ blowing the minds of Australia’s urban community and bopping heads across national radio and print media, Sky High is serving Hip Hop her way! Represented by Grindin, produced by the iconic P.Money and signed to Elefant Traks sees this young lady’s career under the urban industry’s best tutelage! Her life story is gripping, her ambition is thirsty and her style and delivery leaves you wanting more. Read on to discover more about this fearless emcee that’s taking no prisoners in this new era of Aussie Hip Hop!

How could you best describe your sound and the message you wish to deliver to anyone listening to your music?

Hmm well if I wasn’t me and I heard Sky‘High I described the sound as Sydney…but that’s cos I am from Sydney aye I don’t know ha-ha. Umm I’m not tryna deliver a message per say …but more so try to give them answers, if that makes any sense?? Hahaha I don’t know, there is method to my madness somewhere along the lines.

Your journey is one of raw emotion, grit and an honesty many rhyme about but only few have lived – as a female in the game on that journey what would you say have been the defining moments in your life that have led you to where you are at this point in time?

Defining Moments?? Hahahah yeh I’ve had my fair share. I would say it has to be family, the day I heard my lil bro got locked up I realized I was leading by example…a bad one. Therefore I had to wake the fuck up and lead the way I wanted my brother to walk. 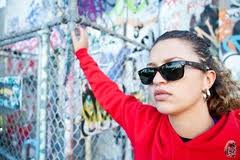 Who are your musical influences, hip hop or any other genre that have inspired you and why?

My life is a big influence on my music, Good music as a whole is another influence. There is good music in any genre yeh; I’ve been listening to a lot of Something for Kate lately. Paul Dempsey would have to be up there in my top 5 song writers. Umm looking at my playlist “Beautiful Sharks” by SFK has been on replay for a bit so I’d say that song right now has been an influence.

Congratulations of being Voted Best Female MC at the 2010 Ozhiphop Awards! What would you say is your biggest motivator / driver to stay on top of your game and as original as your style and sound is?

Thank you. My biggest motivator is yesterday, I’m just tryna be better than the day before….aren’t we all?

You worked with the legendary P Money on your debut album ‘Forever Sky High’ , signed to Sydney’s Elefant Traks and represented by respected Grindin  – not bad company to keep ;o) How would you describe working with such a great team and what are your expectations for this album?

Hahaha yes what a team and a half aye! It’s been smooth sailing thus far yeh…if you’ve bought the album, on the inside are my thank yous, they describe what it’s been like yeh hahaha so grab the album and find out! My expectations? Expect the unexpected! 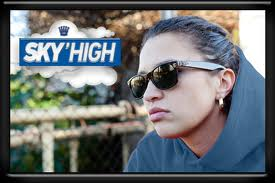 What would you most like to be remembered for most one day, when all is said and done?

Fuck being remembered hahaha I’m gonna LIVE FOREVER through my music … No lie!

One thought on “Sky’High – Taking Aussie Hip Hop to the Head!”