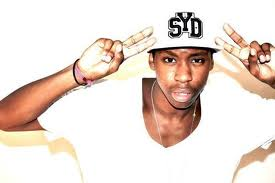 Introducing Sydney Rapper/ Producer Miracle, the  20-year-old hip-hop prodigy that is set to light the industry ablaze with his unique brand of ‘ Hip Hop without boundaries” approach!  With a sound that defies definition, Sony artist Miracle, is a breath of fresh air to Australia’s urban community , bringing a fusion of hip hop, R&B, dance and alternative sounds to your earlobes. One listen to his latest release, The iILLER EP and club banger single Party of the Year, you will soon discover an artist that is
well in control of the direction his message, sound and vision will take to reach a pliable audience. What Miracle creates is feel good music that will inspire, move and motivate his listeners to take the chances he has with his life and create their own destiny in Hip Hop!

How would you best describe yourself Miracle? Who do you want the hip hop community to see you as?

I don’t really know how to answer that as I never think to describe myself ( laughs) but this will be good practice I guess. I would say I am laid back, easy going kind of guy who loves nothing more than creating music. I really hope that the Australian Hip Hop community enjoys my music, my message and my story.

Your story is very interesting but one that a few people, including myself have travelled! You immigrated to Australia from Ghana, moved to Melbourne first, then Canberra then finally settling in Quakers Hill Sydney. What were your first impressions on Australia and what made your family finally decide to settle in Quakers Hill? How old were you when you first moved to Australia and why

Well shortly after my family immigrated to Australia we first arrived in Melbourne, then Canberra and then finally Quakers Hill, Western Sydney. I was 12 years old at that stage and was raised in a very religious family and went to church often. My parents believed that moving here from Ghana was important for their work in the church ministries but also a better lifestyle for their family which they were courageous to do.

How did you get the name Miracle? I know there is a story behind that name?

Yes there is. I was born in Ghana, West Africa, and as an infant I suffered intense respiratory complications, like most of the infants in our village did. Most didn’t make it sadly but my mum being the spiritual woman she is prayed constantly for days for my life to be spared and when I eventually pulled through and survived, she called me her ‘miracle’ baby. So Miracle stuck and has been with me ever since. My real name is Blessed Samuel Joe Andah, but I like Miracle for all it means to me and family!

When did you first fall in love with hip hop – what song or artist was your first inspiration to become a part of the community?

I remember being about 12 years old and I got to listen to Kanye West’s ‘Jesus Walks’ song. I was instantly touched by the words and meaning of this song but even more surprised as I later discovered that this was hip hop and it was about Jesus. My parents were happy to hear that but for me something bigger happened and I began to think that this was something I wanted to explore further. There were other aspects of hip hop I discovered later on that I was like, okay maybe this route isn’t for me, but I will always hold Kanye and his song in a high light as being my first real hip hop experience.

Is it true your debut single Better Dayz was part of your HSC assessment at school? How did you create it?

I began experimenting making bedroom beats, just messing around with different sounds etc, but felt I had a good knack with sounds together so I started to create. I liked the sound of the acoustic rock single Better Day by Pete Murray, so I decided to give it an edge and make it a little more streetwise, changed the title a bit to read Better Dayz and that was my HSC assessment. Funnily enough I didn’t really good mark for it but a friend of mine heard what I’d created, loved it and leaked it on YouTube and Facebook and before I knew it all my friends and most of the area I lived it had heard the track and liked it ( he laughs). My teachers liked the fact that it was getting so much respect and attention and it eventually ended up on FBI radio getting airplay. It was pretty cool, even though my mark initially wasn’t. I then decided to shoot a DIY music video, which was totally chilled out and showed me and my mates just mucking around but I guess a lot of people liked what they saw and the clip got over 100,000 views on YouTube and ITunes. Shortly after that I was approached by Sony Music Australia, signed with them and they released Better Dayz officially. It was also featured on Triple J’s Unearthed! Crazy but true story!

You got approached by Sony with a deal shortly after Better Dayz was released – how did that feel and what was going through your head at the time?

Wow it’s been amazing, everything just kind of happened so quickly that I still have to pinch myself at times ( laughs). I am just really appreciative of everything everyone has and continues to do for me and know how lucky I am to be blessed like this. All I want to do is just make great music and connect with people.

Soon you were touring on the Supafest Hip Hop Festival and opening for acts like Lupe Fiasco, Big Boi and DJ Maseo to name a few ……how did that feel ?

Man that was a great, eye opening experience to be on the stage during the 2011 Supafest Tour, alongside Snoop, Busta, Fat Joe, Lupe. I was pretty much in awe the entire time I was around these artists but was also curious to speak with them and learn from them. I got to have a great conversation with Bow Wow and Jamal ‘ Gravy Woolard ( who played Biggie in the Notorious bio-pic) who told me to stay true to my culture and my upbringing and to blend all of that into my sound as that’s what will keep me unique. They were all amazing people to watch and talk to and I was so honored to be backstage and taking it all in.

Who would you say is your favorite hip hop artist and why?

I enjoy Lupe’s music and think he is a great rapper. I also enjoy Jay Z for all he has done and continues to do in hip hop but I would have to say my favorite is Kanye West – yes he is arrogant in his approach to certain things but that aside he is a genius at production, writing and creating and I can’t help but admire that in him.

Your thoughts on the Australian hip hop industry and what you see your role in it as being?

I think the Australian Hip Hop industry is growing in numbers and strengthening all the time but is still very young and has a ways to go before we can put our feet up. I like that I am a part of this community now where I can be a part of that growth and awareness to everyone out there that this is a scene filled with amazing and talented people that, like me,  want a chance to have our voices heard and create a movement.

What are you currently working on right now?

I’ve been pretty busy but it’s been fun working with all these awesome people watching them create. I have worked some really great Aussie artists and have also produced and remixed He has cameo-ed on songs by well-known Australian artists as well as remixed one of the biggest tracks of 2010, Angus & Julia Stone’s Big Jet Plane, which became a huge hit in the web world. There is also talk of a record in the works with Good Charlotte guitarist Benji Madden, which I am really excited about as we got a pretty slick track that hopefully will be on the album. I have a lot on but I am really blessed to be doing what Im doing and I just want to enjoy it all.