L-Tido brings South African Hip Hop to the global front with his fresh and flamboyant style,
representing his gritty township of Alexander, Johannesburg, and creating a stage for the African culture to preach its story through Hip Hop verse! Discovering L-Tido and his sound has opened up a whole new world for me, not only as a surveyor of urban music and its culture, but as a fellow South African learning more about my birth country, its vibrant people and its burning passion to show the world that Hip Hop speaks its language in any tongue.  L-Tido, 30, is one of the hottest Hip Hop artists in South Africa and with his successful mix tape City of Gold garnering him a legion of fans ( 19,200 on Facebook alone), his new album All or Nothing in stores and available on Itunes, and a strong focus on giving back to the youth of the country, he is lifting South African Hip Hop to a higher ground. Read on to discover more about this enigmatic and focussed young artist in his first Australian interview……

How would you best describe your sound and how you feel you shape the sound of South African Hip Hop?

My sound is universal as I feel people from all around the world can relate to my sound, even though the content and stories are based on the Johannesburg street life and about my personal life experiences too.

Every artist has their own unique journey, from how they started in the game to get to where they are at present! What has your journey been like thus far given the environment you have grown up in and the obstacles you have had to face every day?

My journey has been quite interesting. I have always loved hip hop, from when i was like 9 years old and being a rapper has been my childhood dream, but my parents didn’t think it was a suitable career path for me. So I focused on studying for a Marketing Degree and started working a 9-5 in Procurement and later became Financial Advisor. I wasn’t really happy working in that field though as I felt restricted, so i started saving and when i felt i had enough money to sustain myself for a year without my job, I decided to quit and chase my dream of being a rapper!

I am familiar with Alexandra Township being that I was born and raised in Johannesburg for the first 12 years of my life – how would you say Alexander has shaped you into the artist you are today and does it still continue to be an inspiration / muse to your music?

Alexandra has definitely played a big role in shaping the person and artist i am today. I talk about some of my experiences growing up in Alex on my album as I feel I’ve learnt to be more streetwise and appreciative of material things because I came from such humble beginnings! 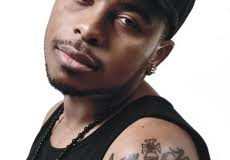 Your single ‘We Rollin’  feat KO is really hot! In the competitive world of hip hop recognition I believe it is right up with what is coming out of the US and England at the moment! How do you feel South African hip hop, your hip hop is different to that of the rest of the world and why?

South African hip hop has really grown in the last couple of years! We all experience the same
issues globally, but what makes South Africa different is we that have 11 official African languages, so you have artists expressing themselves in their different home languages which creates a very interesting diversity. I rap in English but my official language is Sotho. ( L-Tido is looking to rap in a
Tsotsi Taal, which is a slang version of the variant tribal languages spoken in Johannesburg)

Who are your musical influences and why?

My music is influenced by my life experiences, the things i go through on a daily basis! I don’t get influenced by other musicians much, but i do look up to a few artists, like Jay-Z, his road to success is definitely motivating!

What were the inspiration / song / person that encouraged you to get into hip hop in the first place?

It wasn’t a specific song or person that encouraged me to get into hip hop, i think i was more intrigued by all the elements of hip hop like break dancing,  b-boxing ,style and the language that was used. It was all very fascinating to me.

What are you currently working on in the studio right now and any international collaboration in the works?

I am working on my 2nd album at the moment and I am very excited about this project. I am working with artists from across Africa and hopefully will get to do international collaborations with some artists I respect in the industry.

Where do you see yourself in 5 years from now?

I see a lot of progression as far as my music and personal life. I’ll probably be 5 albums deep with my own record label and some young talented artists signed. I think it’s important to give back once you have reached a certain level of success and I would like to give back to the younger generation.

For more information on L-Tido and his music please visit : http://ltido.wordpress.com/